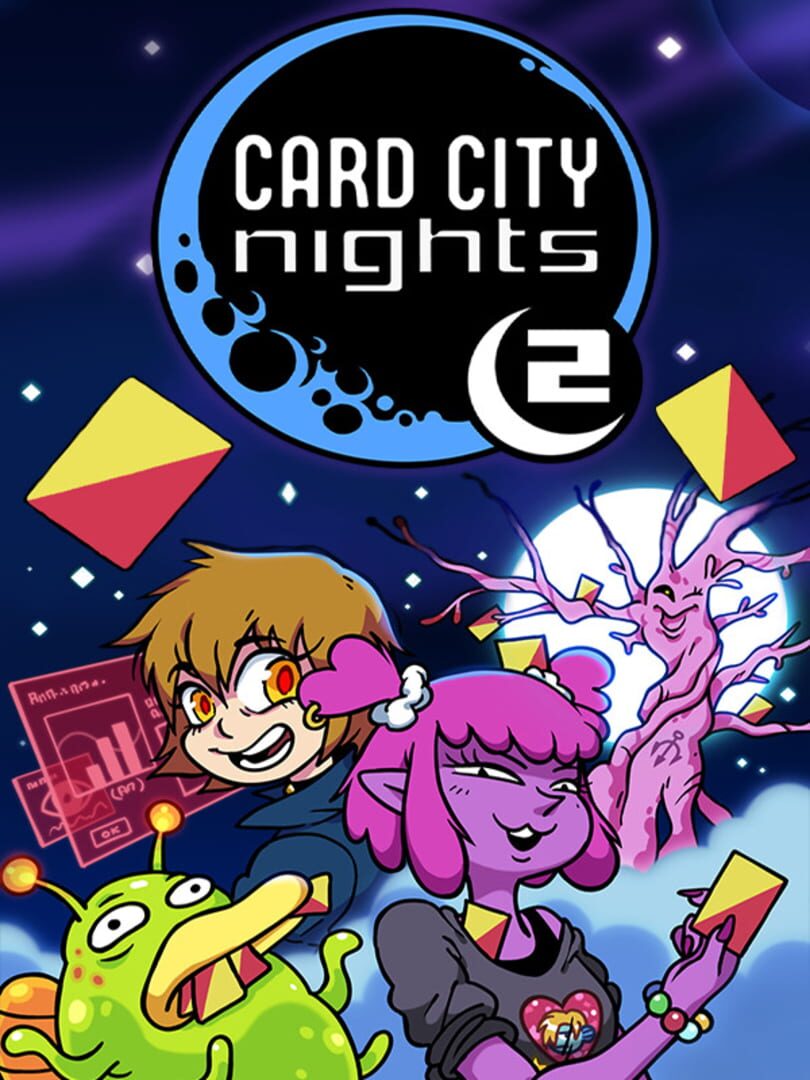 "IT'S ALWAYS NIGHT IN SPACE

Journey through a mysterious flying city called Starship Frivolity where every inhabitant is obsessed with the latest space-craze, The Card Game! Battle them to win their trust - and their cards! - and progress through the dubious laboratories, haunted docks and lethal restaurants of this space station to find out its greatest mysteries.

The Card Game (or TCG for short, the only card game they play in space) is played by two players on a single board. Connect your cards to give them power, and when they're all fired up they deal damage, heal, shield, or mess with your opponents cards. Since they stay on the board after they've been activated, you can keep combos alive indefinitely by stringing new cards into the chain. Playing on the same board gives you opportunity to further mess with you opponents, blocking their moves or stealing their power!

With a renewed gameplay system, an all new adventure and online multiplayer, Card City Nights 2 improves on its predecessor in every way."