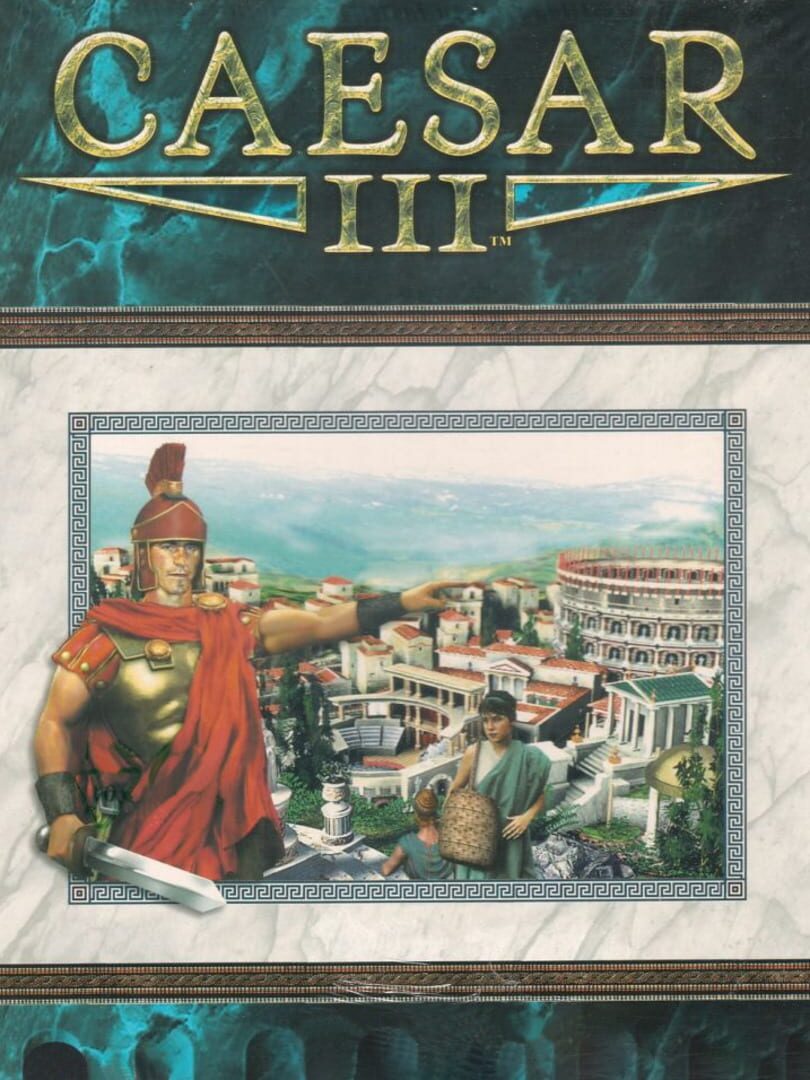 Caesar III is part of Sierra's City Building Series and was released in October 1998. Cities in Caesar III try to accurately reflect the life of Roman citizens: the lowest plebians live in tents and shacks, while the richest patricians live in villas. Staple foods include wheat, fruits, vegetables, and pork, and wine is required for some festivals and houses. Citizens wander the streets in their various garbs and can tell the player their name and how they feel about the city. The city is viewed in a two dimensional isometric view with a fixed magnification level, and can be rotated ninety degrees.
Access to services such as market goods, entertainment, hygiene, education, and taxation are represented by "walkers," which are people sent out from their buildings to patrol the streets. Any house that is passed by a walker is considered to have access to the services of the walker's building. All movements of goods and coverage of walkers are accurately reflected by citizens walking the streets: a player can watch a farm's crop progress, and when it's ready a worker will push a full cart from the farm to a nearby warehouse or granary; then return with an empty cart.
Background music is played which varies according to the situation (gentle themes to begin with, war drums during times of conflict and triumphal music when the player nears the objective). Musical themes are supplemented by crowd noises, the sounds of manufacturing and the clash of weapons at appropriate times.
There are two ways to play the game: Mission Mode, which is tantamount to typical "campaign" modes of other strategy games, and City Construction Mode, in which the player plays one scenario from scratch.

As a provincial governor charged with spreading the glory of Rome your mission is clear – build cities, foster trade and industry, make money. How you accomplish this is up to you. Gain wealth and power, make a career out of pleasing the emperor, battle barbarians and repel invaders, or concentrate on building the next Eternal City. Fail and you'll end up as lunch for the lions. Prove your strength of mind and spirit and you just might be crowned Caesar!

To help you achieve that goal you can ask your advisors for their insight or ask the people about their thoughts. You can also build temples and create festivals to please the gods and receive rewards or aid in return. You can choose between peaceful and military assignments to prove in various ways that you deserve the title of Caesar!