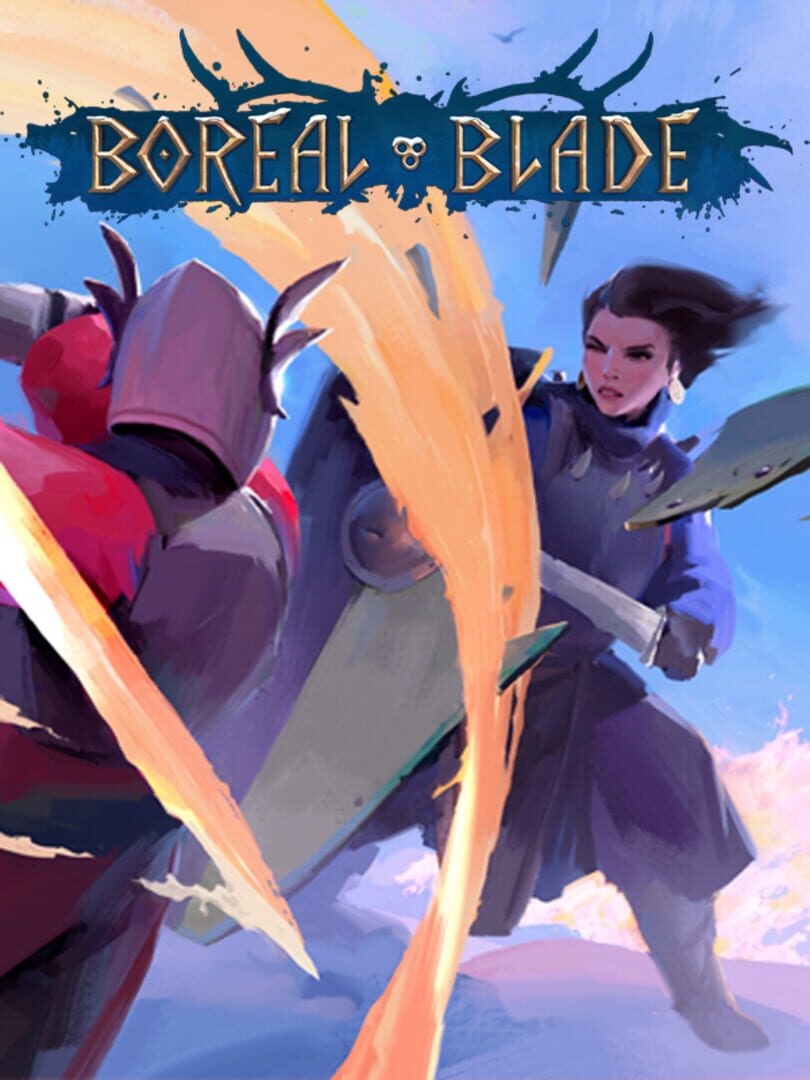 Boreal Blade is a team-based melee fighting game with a focus on player vs player combat, combining reactionary and tactical gameplay with extraordinary freedom to variate your attacks and develop your unique fighting style.

The game features four distinctive fighting styles with the possibility to choose between one-handed and two-handed weapons, a shield and a weapon combo, long thrusting pole weapons and fighting unarmed. Players can even throw items during battle! Three armour classes with their strengths and weaknesses are also included to guarantee a varied, ever-alterable fighting experience. Arm yourself and prepare to dive into the battle!

“May Cado grant me the endurance of a mighty Elk. May Gadin make me fierce as a Bear. And may Fiure keep me hidden from the harm, like a Crow soaring to the night sky.”

Norvalgians are people dedicated to searching for the truth and serving their gods. Both of these ideals are combined in their oldest tradition: debating. Whenever a decision needs to be made – whether it is about heading to war or choosing where the cheese should go in a sandwich – fierce Norvalgian warriors gather in their famous debating arenas, pray for strength from their gods and fight. The gods guide Norvalgians by granting victory to the team that champions the cause of truth and justice.

The most venerated and experienced debaters are eventually named Battlemasters who organize the events and serve as guides and teachers for the young warriors.

“An emissary from Norvalg arrived yesterday. He handed me a stained scabbard and waited for me to draw the heavy sword from it before starting to recite a ceremonial poem with his thundering voice. My sword arm and quick wits were needed, he told me, to settle matters for once and all. That was how I received my first Boreal Blade.”

Debates are the cornerstone of the Norvalgian society, and they are deemed holy. Stories are spun, and songs are sung about the renown arena fighters and their clans. Anyone attempting to evade their debating responsibilities is considered a coward.

Sometimes it is deemed wise to ask counsel from non-Norvalgians, especially if the debate at hand involves outsiders. Warriors from outside Norvalg’s borders are invited to partake in the debates by sending them a Boreal Blade sword. Most outsiders consider Norvalgian debating tradition confusing and absurd and rather run and hide than make the perilous journey to the north.