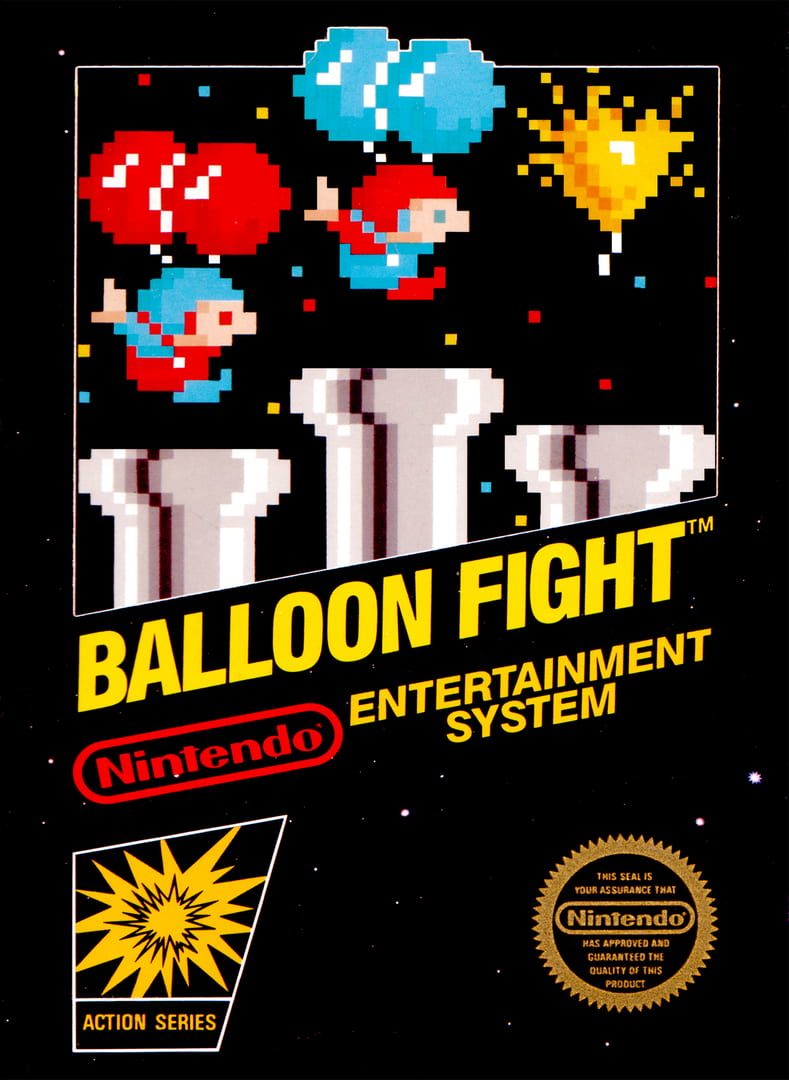 Balloon Fight was developed and released by Nintendo, originally for an Arcade cabinet-and shortly after for the Nintendo Entertainment System. It was ported onto numerous other systems, and has more recently been released on the Nintendo Wii U. The game allowed for 1 player and 2 player gameplay, providing cooperative play to get past each stage.

The game is fairly simple in storyline. The player controls an unnamed hero "the Balloon Fighter", who has two balloons attached to his helmet. The balloon fighter is able to rise into the air or go lower through flapping his arms. If one of the balloons is popped, rising becomes more difficult. A life is lost if both balloons are popped. The player must defeat all enemies (other balloon fighters) to get past each stage.