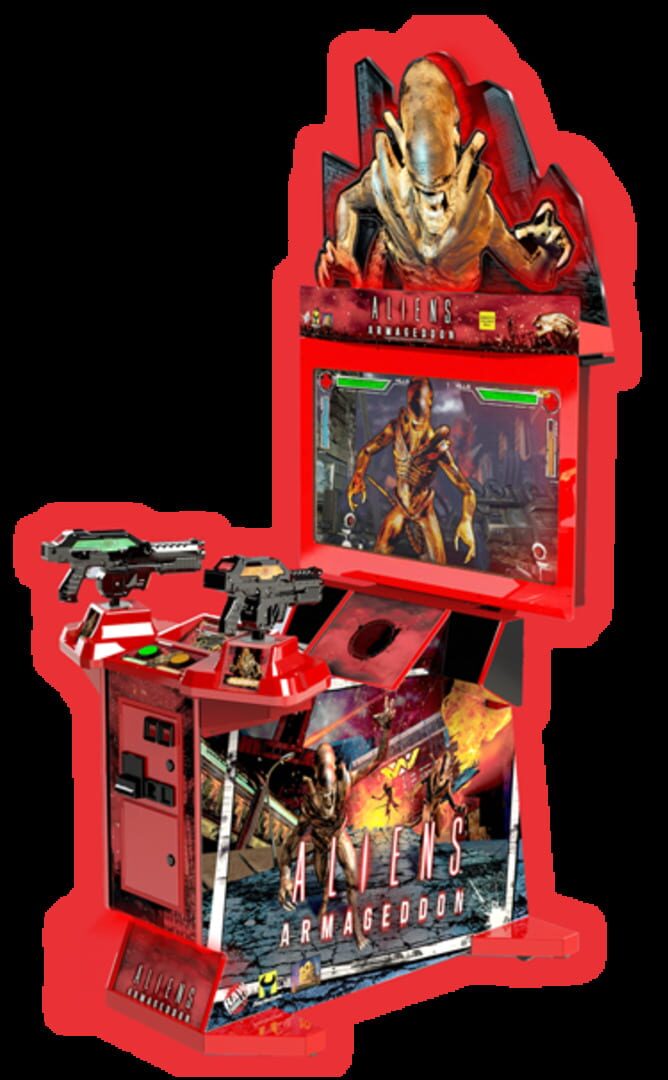 In Aliens Armageddon™ a Xenomorph plague is unleashed on Earth causing apocalyptic devastation. Mankind’s only hope for survival is to fight their way to a deep space cargo ship and leave the Earth behind. Aliens features a 55 inch LED cabinet, enhanced gun system, eye catching Aliens topper and four frantic levels of non-stop shooting action, with players battling an onslaught of all new alien enemies.

Only you can save earth from the invading extraterrestrials in Raw Thrills’ latest shooter, Aliens Armageddon! Based on the popular Sci-Fi franchise, become a part of the action to help battle invading extraterrestrials after all of Earth’s major cities get wiped off the map. As U.F.O.s descend from the skies, it begins to look as if humanity is doomed. Fortunately, you are there to fight back to try to send the invaders back to the stars.