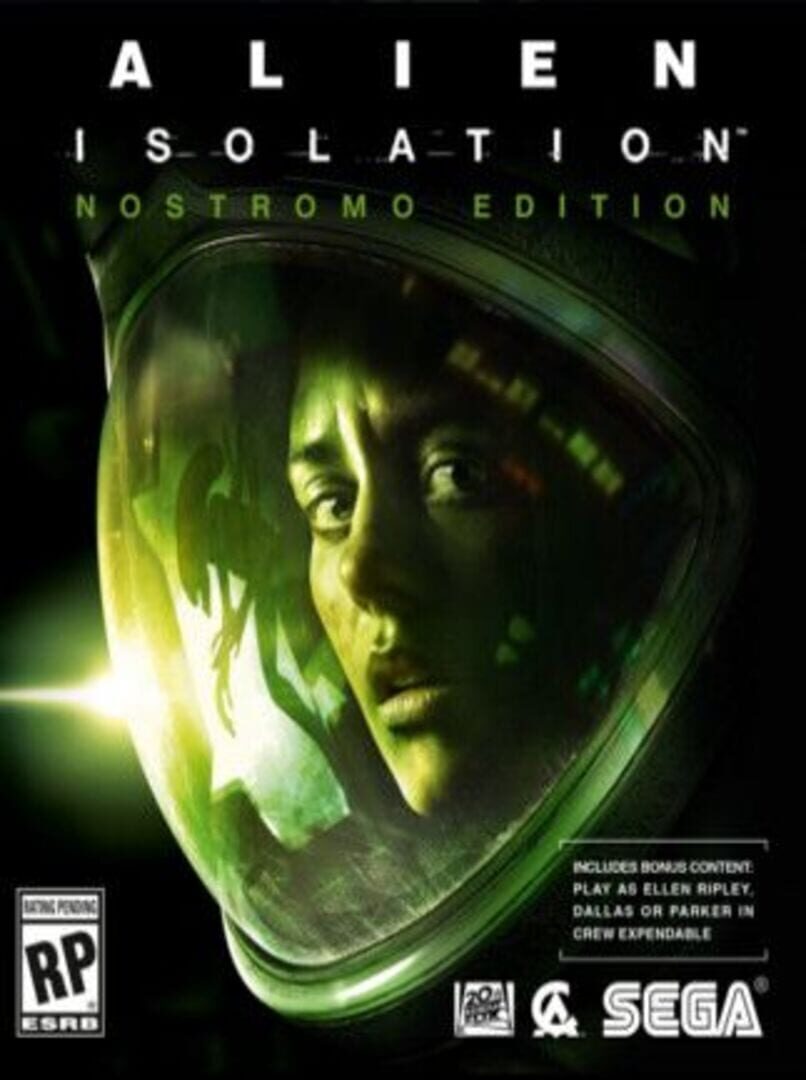 Discover the true meaning of fear in Alien: Isolation, a survival horror set in an atmosphere of constant dread and mortal danger. Fifteen years after the events of Alien, Ellen Ripley's daughter, Amanda enters a desperate battle for survival, on a mission to unravel the truth behind her mother's disappearance. As Amanda, you will navigate through an increasingly volatile world as you find yourself confronted on all sides by a panicked, desperate population and an unpredictable, ruthless Alien. Underpowered and underprepared, you must scavenge resources, improvise solutions and use your wits, not just to succeed in your mission, but to simply stay alive.

15 years after the events of the original Alien film, Amanda Ripley, daughter of Ellen Ripley, learns from Christopher Samuels, an android working for the Weyland-Yutani corporation, that the flight recorder of her mother's ship, the Nostromo, was recently located by the crew of a salvage vessel, the Anesidora. The flight recorder is being held aboard Sevastopol, a remote space station owned by the Seegson corporation, in orbit around the KG-348 gas giant. Samuels offers Ripley a place on the Weyland-Yutani team being sent to retrieve it so that she can have closure regarding the fate of her missing mother. Ripley, Samuels, and Weyland-Yutani executive Nina Taylor travel to Sevastopol on board the Torrens courier ship. The group arrives at Sevastopol to find the station damaged and its communications offline. They attempt to spacewalk over to the station to investigate, but their EVA line is severed by debris, and Ripley is separated from the others and forced to enter the station on her own.

While exploring Sevastopol, Ripley finds the flight recorder of the Nostromo with no data and learns that the station is out of control due to a deadly alien creature lurking aboard. After regrouping with Samuels and Taylor, Ripley meets the station's Marshal, Waits, and his deputy, Ricardo. Waits explains that the alien was brought onto the station by Anesidora captain Henry Marlow, whose crew discovered the flight recorder near the LV-426 moon, where they also found a derelict ship previously found by the Nostromo crew and a nest of alien eggs contained within. While exploring the derelict, Marlow's wife was attacked by a facehugger. She was then brought aboard Sevastopol for emergency medical treatment, but died after a chestburster hatched from her. Waits convinces Ripley to contain the alien inside a remote module of the station. Although Ripley is successful, Waits ejects the module from the station with her still inside. As the module careens towards KG-348, Ripley space-jumps back to Sevastopol using a space suit.

Ripley makes her way back to confront Waits, but Ricardo reveals that the station's service androids abruptly started slaughtering the remaining crew, including Waits. Samuels attempts to interface with the station's controlling artificial intelligence, APOLLO, to cease the rampage. However, the systems's defensive countermeasures kill him shortly after he opens a path for Ripley into APOLLO's control core. There, Ripley discovers that Seegson had been trying to sell off Sevastopol to Weyland-Yutani, who instructed APOLLO to protect the alien at all costs. Ripley tells APOLLO that the creature is no longer aboard the station and demands to cease all activity, but the system refuses, stating that "scheduled reactor scans are unverified". At the reactor, Ripley discovers an alien nest and initiates a reactor purge to destroy it. Ripley learns from Ricardo that Taylor was sent to retrieve the alien and that she freed Marlow in exchange for the location of LV-426. However, Marlow double-crossed her and took her hostage aboard the Anesidora.

Aboard the Anesidora, Ripley discovers a message from her mother that was recorded after her initial report of the events on the Nostromo, thus finally giving Ripley closure. Marlow attempts to overload the fusion reactor of the Anesidora to destroy the station and ensure that no remaining alien creatures survive; Taylor kills him in attempt to reverse the process, but she herself is killed by the electric discharge, forcing Ripley to escape shortly before the Anesidora explodes. The explosion destroys Sevastopol's orbital stabilisers, causing the station to slowly drift into KG-348's atmosphere. Ripley and Ricardo contact the Torrens for extraction, but a facehugger latches on to Ricardo, forcing Ripley to leave him. After making her way outside to help the Torrens detach from the station, Ripley is surrounded by alien creatures and ultimately thrown into the ship by a blast. Aboard the Torrens, Ripley discovers that another alien has boarded the ship. When Ripley is cornered in the airlock, she ejects herself and the alien into space. Adrift in her space suit, Ripley is awakened by a searchlight. 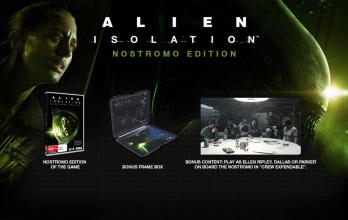