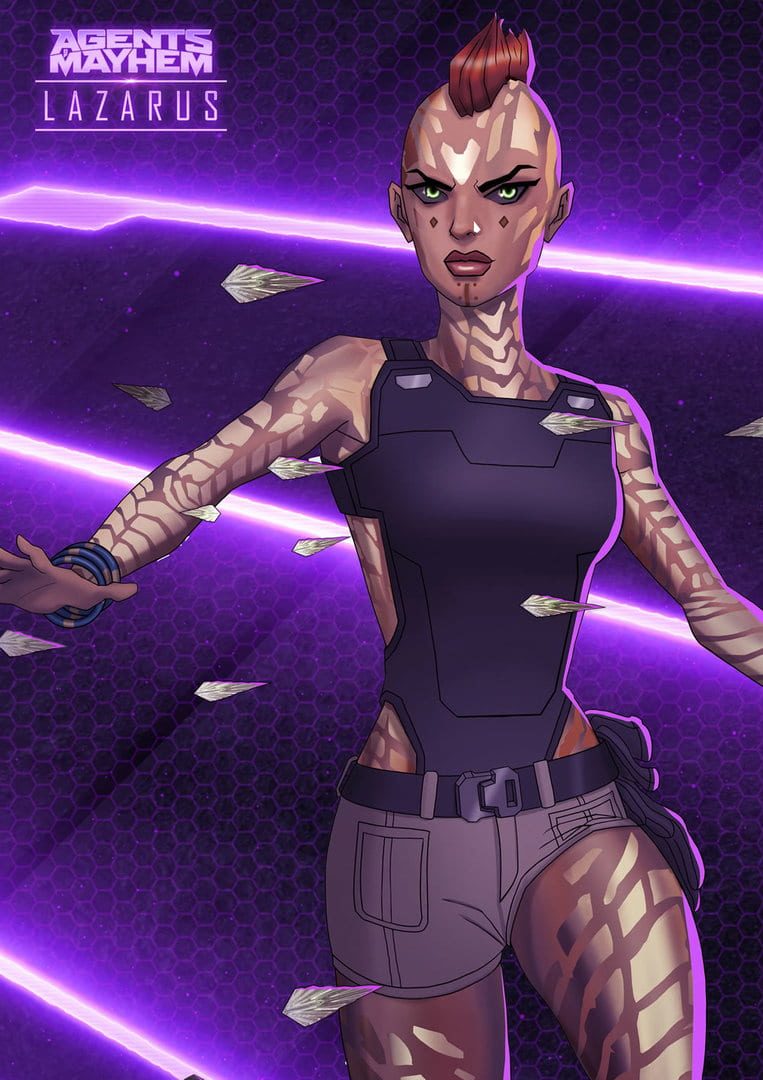 An eager soldier, Fatima Daoud’s ambition and ability got her noticed by M.A.Y.H.E.M. who recruited her as a field agent. Under the codename Dynamo, she worked for the agency as an advanced scout for new cities to determine the extent of L.E.G.I.O.N. activity. However, L.E.G.I.O.N. found Dynamo and led her into a trapped laboratory which was buried in a vault deep underground. An explosion left Dynamo with serious injuries, almost killing her. While she began to bleed out, Ariadne, unbeknownst to Dynamo, sauntered in and flipped a coin. The result was Ariadne injecting Dynamo with experimental nanites. The nanites rebuilt Dynamo into a merging of woman and machine, the next step along the evolutionary ladder. She was presumed dead by M.A.Y.H.E.M., though upon returning to The A.R.K. Persephone renamed her Lazarus and she rejoined the other agents in the field.

Lazarus is on a constant quest to prove that she’s the top rung of the evolutionary ladder. As an agent of M.A.Y.H.E.M., she encounters an endless stream of competitors ready to challenge her for that distinction. While she’s evolved beyond her own humanity, she still has a great love and respect for humankind as a whole. M.A.Y.H.E.M. allows her to watch over those quirky human beings whose flaws and peculiarities continue to fascinate her to this day.