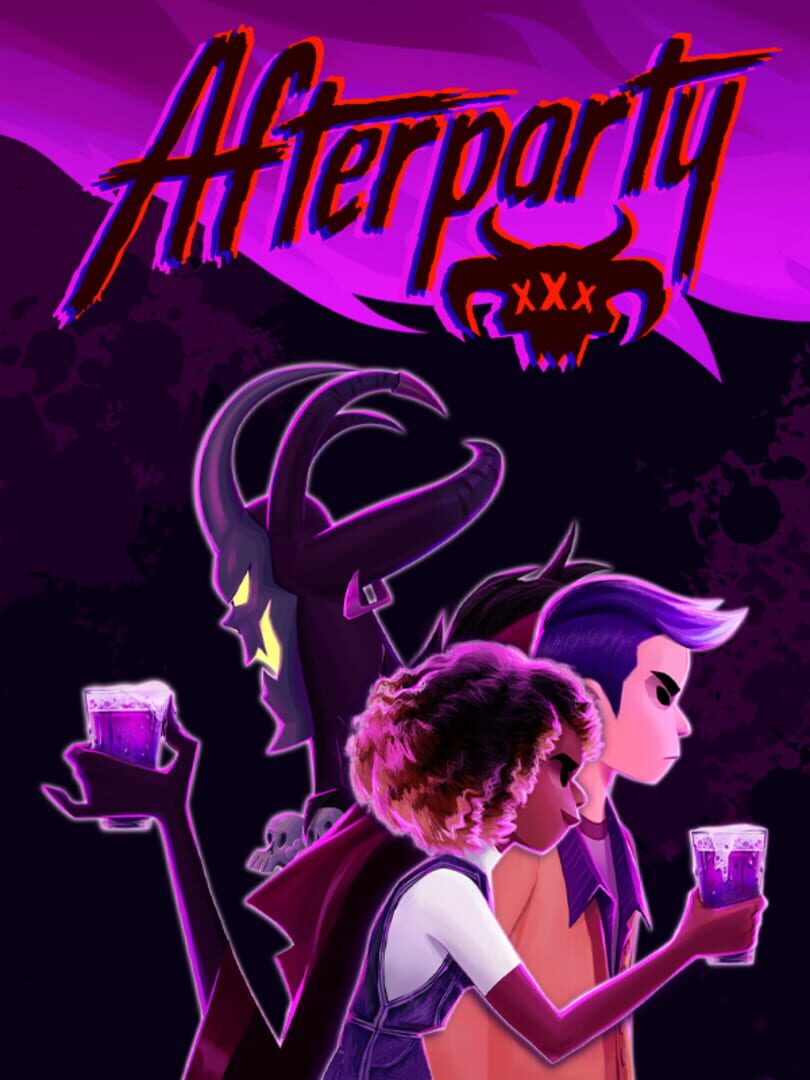 In Afterparty, you play Milo and Lola, recently deceased best buds who suddenly find themselves staring down an eternity in Hell. But there’s a loophole: outdrink Satan and he’ll grant you re-entry to Earth.

Milo and Lola are now dead, thirsty, and roaming the streets of Nowhere, the outermost island of Hell.

What adventures will you stumble through in the underworld? Every step is up to you. Time to go on the best bender ever, uncover the mystery of why you've been damned, and drink the big guy under the table.

- Party as two best friends: Control Milo and Lola with an intelligent conversation system that changes the story and your relationships based on every decision. Uncover their personality quirks and foggy history during the wild events of the night

- Drink for your lives: Hell bars offer a variety of libations, each with different Liquid Courage effects to imbue Milo and Lola with specialized dialogue options and abilities

- Demonic activities: The underworld’s pubs are packed with drunken games to pass the time. Beer pong, dance-offs, karaoke and chugging competitions all mesh with the dynamic dialogue system for a seamless narrative bender

- Change Hell forever: Players’ actions won’t only affect Milo and Lola, but also the people and places of Hell. Finishing a quest on one island might result in the total destruction of another

- Explore an interconnected network of underworld islands via the River Styx