Is GOG a good competitor? Is Steam fixing it’s problems thanks to GOG? Lets find out in the first of our Gog v Steam articles!

Firstly, we start from the beginning. Good Old Games launched in 2008 and it was created by Polish company CDP Investment sp. z o.o. – currently part of CD Projekt which is responsible for The Witcher series. At first GOG promoted older games in a refreshed form. All of the games sold there were from late 80’s, 90’s and early 00’s, they are all compatible with brand new operating systems and sometimes they’re refreshed with additional features such as better support for modern screen resolutions, UI fixes etc. Currently GOG is known as GOG.com and sells new games as well, usually indie titles. This is one of the first major advantages over Steam.

Steam launched in 2003 as a platform for Counter-Strike 1.6. It’s been a long time since then and now it’s the biggest online store on the market. It has the biggest user base and supports a lot of cool features such as: online community, market and workshop – which allows fans to create custom content for games.

So how can we compare the biggest store from USA worth billions of dollars to a small Polish store?

It might seem funny from that perspective but you need to know that GOG’s biggest advantage over Steam is lack of any kind of DRM. That’s right! You can play any game, anywhere at anytime without Internet access. You can even backup your games to your hard drive and keep them there in case of a nuclear war.

This is probably what made GOG one of the largest Steam competitor over the years. You can even borrow your GOG games to you friends by simply… sending the installation files to them and that’s it. This doesn’t apply to certain multiplayer games though, so if a game requires an account or a valid CD Key you might not be able to share it like that because you need a separate key or account for this to work.

Imagine borrowing a game to your friend by using Steam. You can share a game to particular Steam account if it logs in on your machine first but if someone else is playing any of your games later on you can’t use your Steam account to play games at all, you need to wait until that person finishes the session. Which is really messed up that you can’t do that. In the good old days you could just give a CD-ROM to your friend you could borrow each other’s games. But that’s the past, lets focus on today. 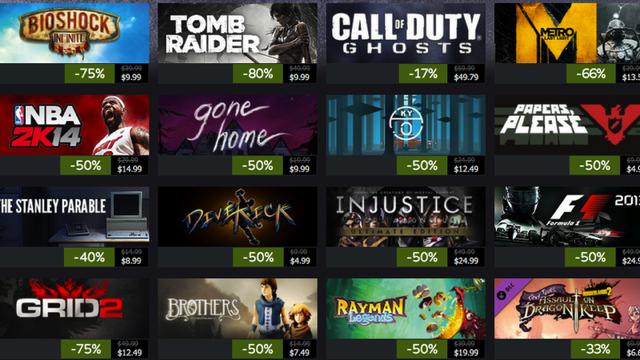 The biggest advantage in the gog v steam debate is Steams catalog. It has the largest catalog of PC games from around the world, some games are not on Steam due to obvious business issues – for example all new Electronic Arts games are no longer there because EA has it’s own platform, Origin.

Stay tuned for our next GoG v Steam article.